The World of the M1 Garand

General George Patton wrote in January, 1945: "In my opinion, the M1 Rifle is the greatest battle implement ever devised." Here you will find information on its history, its maintenance and cleaning, safe loading, and how to assemble an M1 Garand from parts. Who built it, what ammunition it uses, which armies carried it, and who still uses the M1 Garand Rifle. Plus details on several other historic firearms.

Here are some of the most popular pages. Every page on the site has a full site map at the bottom.

John C Garand worked at the US Army's Springfield Armory and designed a series of closely related rifles through the 1920s and early 1930s. These were evaluated in trials intended to replace the M1903 Springfield bolt-action rifle with a self-loading design. He designed the T1E2 in 1932, and in August 1933 the T1E2 was designated the Semi-Automatic Rifle, Caliber .30, M1. 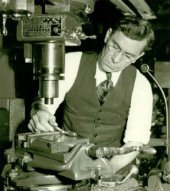 In 1936 the M1 Garand replaced the M1903 Springfield as the standard service rifle.

The M1 Garand remained the standard service rifle of the U.S. until the M14 was officially adopted in 1957. However, the changeover from M1 to M14 in the active-duty component of the U.S. Army was not completed until 1963, and it was used in the U.S. Army Reserve, U.S. Army National Guard and U.S. Navy at least into the 1970s.

Among several other nations using it, the M1 remained the standard service rifle in Greece until the late 1970s and in Haiti until the disbanding of the Haitian military in 1994. The M1 Garand is still in use in the Philippines in the Civilian Auxiliary Forces Geographical Unit (CAFGU) and the Civilian Volunteer Organization.

Choose one of the many topics below.