Americans Defend Themselves With Guns.
But How Often Does This Happen?

The United States has more privately owned guns per resident than any other country in the world. The Small Arms Survey 2007 estimates that the U.S. has 88.8 firearms per 100 people. The second-place country is Yemen, with 54.8, and third and fourth are Switzerland and Finland with 45.7 and 45.3, respectively. Sweden, Norway, and France, all thought of as "liberal European nations", have 31.6, 31.3, and 31.2, respectively, so maybe not so liberal after all.

Does that mean that Americans use those guns for self-defense?

Deadly Threats in the U.S.

Just as with the relative danger of swimming pools versus guns, "conventional wisdom" can be wrong.

Yes, the U.S. is "awash in guns", and they take roughly the same number of lives as motor vehicle accidents. But I had no idea that even more people died by poisoning! From the 2010 CDC Report:

Defensive Gun Use in the U.S.

Pro: It Happens Far More Than Reported in the Media

A very interesting paper appeared in the mid-1990s: "Armed Resistance to Crime: The Prevalence and Nature of Self-Defense With a Gun" by Gary Kleck and Marc Gertz, The Journal of Criminal Law and Criminology, Northwestern University School of Law, Vol 86 No 1 ( Fall 1995). It is based on statistics covering the years 1988-1993.

The NRA has effectively prevented research into gun safety in the U.S. by successfully lobbying for laws prohibiting government funding of such research. This may have unintended consequences, as the only research that will be done will be privately funded by very strongly motivated people or organizations.

At any rate, while the population, popularity and prevelance of various types of guns, and crime trends will have changed since the early 1990s, the social or cultural trends they have investigated should remain much the same. This includes the scholarly bias they complain of: 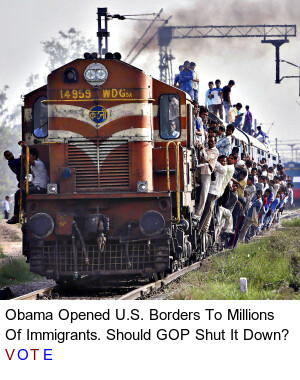 Perhaps due to an unduly narrow focus on lower-class male-on-male violence, scholars have shown little openness to the possibility that a good deal of "defensive" violence by persons claiming the moral status of a victim may be just that. Thus, many scholars routinely assumed that a large share of violent interactions are "mutual combat" involving two blameworthy parties who each may be regarded as both offender and victim. The notion that much violence is one- sided and that many victims of violence are largely blameless is dismissed as naive.

Kleck and Gertz conclude that defensive gun use is far more common than reported or commonly expected. Based on their statistics, there would be 2.1 to 2.5 million events per year in which Americans use guns for self-defense against a criminal. That's use in any fashion, displaying or otherwise. They are not claiming that over two million criminals are shot or even shot at, but that 2.1 to 2.5 million potential crime victims somehow utilize a firearm for defense. Three-quarters of the defenders brandished or showed the gun, a little over half verbally referred to it, almost half pointed it at the attacker. Under a quarter fired the gun, much of those warning shots, as only 15.6% fired at the attacker and about half of those reported wounding or killing the attacker.

I suppose that "verbally referring to it" might even include guns that aren't actually there at the moment, when the would-be victim makes a bold but empty threat about having a gun. This would mean that the U.S. image as being filled with firearms works to the would-be victim's advantage, as the threat of having a hidden weapon is very plausible here while it would be quite unbelieveable in a gun-free zone like Japan or Monaco.

Anyway, they discuss their discovery of the very low rate of reporting of defensive gun use:

How could such a serious thing happen so often without becoming common knowledge? This phenomenon, regardless of how widespread it really is, is largely an invisible one as far as governmental statistics are concerned. Neither the defender/victim nor the criminal ordinarily has much incentive to report this sort of event to the police, and either or both often have strong reasons not to do so. Consequently, many of these incidents never come to the attention of the police, while others may be reported but without victims mentioning their use of a gun.

They estimate that no more than about 3% of defensive gun use is reported in national crime victim statistics. They also estimate that about 200,000 times each year a U.S. woman uses a gun to defend herself against sexual abuse.

Con: It Doesn't Happen Nearly As Much As The NRA Would Like Us To Think

The opposing view is that The Armed Citizen in NRA publications is a mix of wishful thinking and fan fiction. There may be a certain number of legitimate defensive uses, but how does that compare to the number of negligent discharges, some ending in injury or even death, plus the number of illegitimate and even illegal instances of intimidation and threat?

The Harvard Injury Control Research Center carefully analyzes the epidemiology and statistics of various causes of injury and death, including firearms. Harvard is a major university in Massachusetts, and at that many pro-gun readers will immediately refuse to believe anything they write including how the sky is blue and water is wet. But if you can stand to read on, their conclusions include the following:

Guns are not used millions of times each year in self-defense.

The 1993 paper by Kleck and Gertz said that civilians used guns in self-defense up to 2.5 million times per year, and that one paper and its impressive number has been taken up by the NRA and other gun advocates. But a number of studies have concluded that the number is not believable.

Hemenway, David. Survey research and self-defense gun use: An explanation of extreme overestimates. Journal of Criminal Law and Criminology. 1997; 87:1430-1445.

Most purported self-defense gun uses are part of escalating arguments and would be considered illegal by the court system.

Hemenway, David; Azrael, Deborah. The relative frequency of offensive and defensive gun use: Results of a national survey. Violence and Victims. 2000; 15:257-272.

Azrael, Deborah R; Hemenway, David. In the safety of your own home: Results from a national survey of gun use at home. Social Science and Medicine. 2000; 50:285-91.

Criminals who are shot almost always seek medical attention, but hospitals do not see the hundreds of thousands of gunshot wounds that would correspond to the claim of 2.5 million or more annual defensive gun uses by armed innocents.

Real-World Analysis May Disagree With Your Assumptions

If you enjoy learning about surprising trends and the reasons behind them, check out Freakonomics: A Rogue Economist Explores the Hidden Side of Everything, by Steven Levitt and Stephen Dubner. It's a fascinating book, filled with surprising explanations of just why things work the way they do. I found it interesting that while one of their examples is how a swimming pool is so much more likely to cause an accidental death than a firearm, they strongly questioned the statistical analysis and conclusions of the standard pro-gun reference More Guns, Less Crime.