However, before you get too excited, the BBB has given the NRA a C- on a scale of F to A+, and at times may not accredit them at all. That's a different scoring system, as the BBB considers the NRA to be a business. 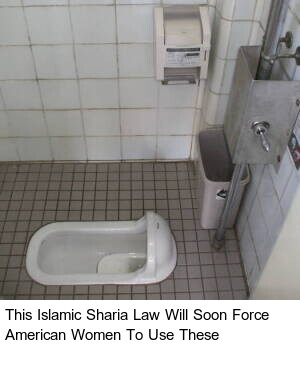 What, If Anything, Do High and Low Brady Campaign Rankings Really Mean?

Since 2007, the Brady Campaign has calculated and published a 100-point scorecard ranking states based on their laws restricting and recording gun purchases. The higher their rating out of a potential 100 points, the tougher those laws.

Unfortunately, the laws accomplish very little in the way of Preventing Gun Violence. Let's compare the very top and bottom of the Brady Campaign's rankings, their "4 stars" and "3 stars" regulatory leaders, and the 2-point and 0-point bottom of the barrel. and the FBI Criminal Justice Information Services Division, Crime in the United States 2011, Table 20, murder by state and types of weapons:

If we throw out the outliers of peaceful Hawaii (clearly Hawaii Five-0 is fiction) and downright dangerous Louisiana, the remaining top 5 and bottom 8 aren't very different at all in per-capita homicide rates. If anything, the remaining members of the Brady Campaign's bottom eight have fewer firearms homicides per capita.

As the FBI stresses in their dedicated Caution Against Ranking page, you have to be careful about reading meaning into these numbers. They say:

To assess criminality and law enforcement's response from jurisdiction to jurisdiction, one must consider many variables, some of which, while having significant impact on crime, are not readily measurable or applicable pervasively among all locales. Geographic and demographic factors specific to each jurisdiction must be considered and applied if one is going to make an accurate and complete assessment of crime in that jurisdiction.

That page goes on to list some of the important factors:

Historically, the causes and origins of crime have been the subjects of investigation by many disciplines. Some factors that are known to affect the volume and type of crime occurring from place to place are:

A very interesting analysis appears in Responding to the Crisis of Firearm Violence in the United States, Comment on "Firearm Legislation and Firearm-Related Fatalities in the United States" by Garen J. Wintemute in JAMA Internal Medicine 2013;173(9):740. He is severely criticizing an article in the same issue in which its authors concluded that states with more firearms laws had lower rates of firearms fatalities. Wintemute, a prominent anti-gun medical researcher, wrote:

Their main finding is that having more laws on the books is associated with having lower rates of firearm-related homicide and suicide. This would be an important finding—if it were robust and if its meaning were clear.

He then points out that the cause and effect is most likely working in the opposite direction the Brady Center would like you to think — existing low rates of firearms ownership make anti-gun laws easier to pass:

If one of the most prominent anti-gun medical researchers won't accept conclusions based on Brady Campaign rankings, they don't mean much. Read his paper for the full details. The rankings say "Strict laws are strict" and "We like strict laws", but they just don't have a connection to the claimed purpose of reducing gun violence.